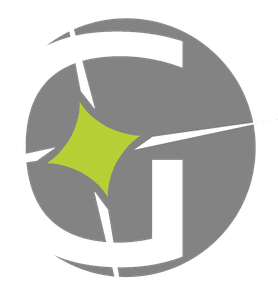 When studying Scripture, ask “Where am I?” In terms of the unfolding revelation of God's Word

Just like in church, we start our study with worship!

When You Are Studying A Particular Passage, Ask “Where Am I?” In Terms Of The Unfolding Revelation Of God’s Word.

I’m reminded of those maps your find in a shopping mall which you consult (don’t you?) when you are looking for the location of a particular store. There is usually a map that is strategically located, which lays out the entire shopping mall. Usually there is a large dot or arrow with the attached words, “You are here!” Now that you know where you are, you can figure out how to get where you wish to go.

In Genesis you will find that those you encounter at the beginning of the book are found in the Garden of Eden, while at the end of the book Joseph and his family are in Egypt, soon to become slaves. In Exodus you first find yourself in Egyptian bondage, and later the people of God are camped at the base of Mt. Sinai, soon to set out on their journey to the Promised Land. In Deuteronomy the Israelites are camped east of the Jordan, poised to attack the city of Jericho, on their way to possess the Promised Land.

The Book of Judges takes place throughout the land of Canaan, when the nation is ruled by judges. But in 1 and 2 Samuel Israel will be in the Promised Land, led by kings (Saul and David), who rule over a united Israel. In 1 Kings chapter 12 the nation of Israel is divided, with the northern kingdom (now called Israel) ruled by Jeroboam, and the southern kingdom (Judah) ruled by Solomon’s son, Rehoboam. From this point on, the kings of both Israel and Judah will change over time.

Then comes the captivity and exile of the northern kingdom of Israel, at the hand of the Assyrians. Later will come the exile of the Jews of Judah in Babylon. Then, still later, the exiled people of God are allowed to return to the Promised Land.

It is important for the Bible reader to know when and where the words he or she is reading take place.

ALL SCRIPTURE IS DERIVED FROM THE NEW ENGLISH TRANSLATION

Copyright 2020, Glory To Him Church. All Rights Reserved.